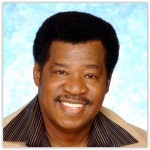 During development of the Channel F in the early-mid 1970s, Lawson was Chief Hardware Engineer and director of engineering and marketing for Fairchild Semiconductor’s video game division. He also founded and ran Videosoft, a video game development company which made software for the Atari 2600 in the early 1980s, as the 2600 had displaced the Channel F as the top system in the market.

Lawson along with Ron Jones were the sole black members of the Homebrew Computer Club, a group of early computer hobbyists which would produce a number of industry legends, including Apple founders Steve Jobs and Steve Wozniak.Lawson also produced one of the earliest arcade games, Demolition Derby, which debuted in a southern California pizzeria shortly after Pong. Lawson later worked with the Stanford mentor program and was preparing to write a book on his career.In March 2011, Lawson was honored as an industry pioneer by the International Game Developers Association. One month later, he died of complications from diabetes. At the time of his death, he resided in Santa Clara, California.