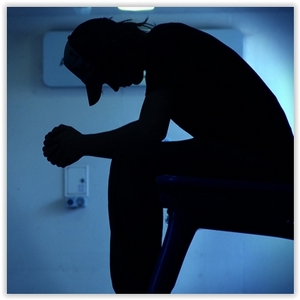 Crack cocaine is the freebase form of cocaine that can be smoked. It may also be termed rock, work, hard, iron, cavvy, base, or just crack; it is said to be the most addictive form of cocaine, although this has been contested. Crack rocks offer a short but intense high to smokers. Crack appeared primarily in impoverished inner-city neighborhoods in New York, Los Angeles, and Miami in late 1984 and 1985.

Appearance and Characteristics
In purer forms, crack rocks appear as off-white nuggets with jagged edges, with a slightly higher density than candle wax. Purer forms of crack resemble a hard brittle plastic, in crystalline form (snaps when broken). A crack rock acts as a local anesthetic (see: cocaine), numbing the tongue or mouth only where directly placed. When smoked, crack can leave the tongue numb where the smoke enters the mouth.[citation needed] Purer forms of crack will sink in water or melt at the edges when near a flame (crack vaporizes at 90 °C, 194 °F).

Crack cocaine as sold on the streets may be adulterated or “cut” with other substances mimicking the appearance of crack cocaine to increase bulk. Use of toxic adulterants such as levamisole has been documented.

Crack cocaine is frequently purchased already in rock form, although it is not uncommon for some users to “wash up” or “cook” powder cocaine into crack themselves. This process is frequently done with baking soda (sodium bicarbonate), water, and a spoon. Once mixed and heated, the bicarbonate breaks down into carbon dioxide and sodium carbonate, which then reacts with the hydrochloride of the powder cocaine, leaving cocaine as an oily free base. Once separated from the hydrochloride, the cocaine alkaloid floats to the top of the now leftover liquid. It is at this point that the oil is picked up rapidly, usually with a pin or long thin object. This pulls the oil up and spins it, allowing air to set and dry the oil, and allows the maker to roll the oil into the rock-like shape.

Crack vaporizes near temperature 90 °C (194 °F), much lower than the cocaine hydrochloride melting point of 190 °C (374 °F). Whereas cocaine hydrochloride cannot be smoked (burns with no effect), crack cocaine when smoked allows for quick absorption into the blood stream, and reaches the brain in 8 seconds. Users obtain an intense high much more quickly in this way than with the normal method of insufflating[citation needed] (“sniffing” or “snorting”) powder cocaine. Crack cocaine can also be injected intravenously with the same effect as powder cocaine. However, whereas powder cocaine dissolves in water, crack must be dissolved in an acidic solution such as lemon juice or white vinegar, a process that effectively reverses the original conversion of powder cocaine to crack.

Psychological Effects
Crack cocaine is a substance that affects the brain chemistry of the user: causing euphoria, supreme confidence, loss of appetite, insomnia, alertness, increased energy, a craving for more cocaine, and potential paranoia (ending after use). Its initial effect is to release a large amount of dopamine, a brain chemical inducing feelings of euphoria. The high usually lasts from 5–10 minutes, after which time dopamine levels in the brain plummet, leaving the user feeling depressed and low. When cocaine is dissolved and injected, the absorption into the bloodstream is at least as rapid as the absorption of the drug which occurs when crack cocaine is smoked, and similar euphoria may be experienced.

A typical response among users is to have another hit of the drug; however, the levels of dopamine in the brain take a long time to replenish themselves, and each hit taken in rapid succession leads to progressively less intense highs. However, a person might binge for 3 or more days without sleep, while inhaling hits from the pipe.

Use of cocaine in a binge, during which the drug is taken repeatedly and at increasingly high doses, leads to a state of increasing irritability, restlessness, and paranoia. This may result in a full-blown paranoid psychosis, in which the individual loses touch with reality and experiences auditory hallucinations.

Stimulant drug abuse (particularly amphetamine and cocaine) can lead to delusional parasitosis (aka Ekbom’s Syndrome: a mistaken belief they are infested with parasites). For example, excessive cocaine use can lead to formication, nicknamed “cocaine bugs” or “coke bugs,” where the affected people believe they have, or feel, parasites crawling under their skin. (Similar delusions may also be associated with high fever or in connection with alcohol withdrawal, sometimes accompanied by visual hallucinations of insects.)

People experiencing these hallucinations might scratch themselves to the extent of serious skin damage and bleeding, especially when they are delirious.

The short-term physiological effects of cocaine include constricted blood vessels, dilated pupils, and increased temperature, heart rate, and blood pressure. Large amounts (several hundred milligrams or more) intensify the user’s high, but may also lead to bizarre, erratic, and violent behavior. Large amounts can induce tremors, vertigo, muscle twitches, paranoia, or, with repeated doses, a toxic reaction closely resembling amphetamine poisoning. Some users of cocaine report feelings of restlessness, irritability, and anxiety. In rare instances, sudden death can occur on the first use of cocaine or unexpectedly thereafter. Cocaine-related deaths are often a result of cardiac arrest or seizures followed by respiratory arrest.

An appreciable tolerance to cocaine’s high may develop, with many addicts reporting that they seek but fail to achieve as much pleasure as they did from their first experience. Some users will frequently increase their doses to intensify and prolong the euphoric effects. While tolerance to the high can occur, users might also become more sensitive (drug sensitization) to cocaine’s local anesthetic (pain killing) and convulsant (seizure inducing) effects, without increasing the dose taken; this increased sensitivity may explain some deaths occurring after apparent low doses of cocaine.

Addiction
Crack cocaine is popularly thought to be the most addictive form of cocaine. However, this claim has been contested: Morgan and Zimmer wrote that available data indicated that “…smoking cocaine by itself does not increase markedly the likelihood of dependence…. The claim that cocaine is much more addictive when smoked must be reexamined.” They argued that cocaine users who are already prone to abuse are most likely to “move toward a more efficient mode of ingestion” (that is, smoking).

The intense desire to recapture the initial high is what is so addictive for many users. On the other hand, Reinarman et al. wrote that the nature of crack addiction depends on the social context in which it is used and the psychological characteristics of users, pointing out that many heavy crack users can go for days or weeks without using the drugs.