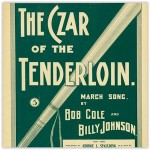 New York City’s Theater District (sometimes spelled Theatre District, and officially zoned as the “Theater Subdistrict”) is an area in Midtown Manhattan where most Broadway theatres are located, as well as many other theaters, movie theaters, restaurants, hotels, and other places of entertainment. It extends from West 40th Street to West 54th Street, from west of Sixth Avenue to east of Eighth Avenue, and includes Times Square. The Great White Way is the name given to the section of Broadwaywhich runs through the Theater District.

It also contains recording studios, record label offices, theatrical agencies, Music Row, ABC Television Studios, Duffy Square,Shubert Alley, the Brill Building, and Madame Tussauds New York. Although 42nd Street had become seedy in the 1970s, with x-rated movie houses and peep shows, the neighborhood was later improved with the closing of many of these businesses.

The Theater District first began to attract theaters and restaurants to the neighborhood after the Metropolitan Opera House moved to West 39th Street and Broadway in 1883. The district has been called “the Rialto”, “The Main Stem”, “Broadway,” and at the turn of the 20th century the district was simply called “The Street”.

Save the Theatres campaign

In the Spring of 1982, Joe Papp, the theatrical producer and director who established The Public Theater, led the “Save the Theatres” campaign. It was a not-for-profit group supported by the Actors Equity union, to save the theater buildings in the neighborhood from demolition by monied Manhattan development interests. Papp provided resources, recruited a publicist and celebrated actors, and provided audio, lighting, and technical crews for the effort.

At Papp’s behest, on July 28, 1982, U.S. Congressman Donald J. Mitchell and 13 co-sponsors introduced a bill in the 97th Congress (1981–82), entitled “H.R.6885, A bill to designate the Broadway/Times Square Theatre District in the City of New York as a national historic site”. It would have required the U.S. to help preserve the district. Faced with strong opposition and lobbying by the Koch Administration, the bill was never enacted.

The Save the Theatres campaign then turned their efforts toward supporting the establishment of the Theater District as a registered historic district. In December 1983, Save the Theatres prepared “The Broadway Theater District, a Preservation Development and Management Plan”, and demanded that each theater in the district receive landmark designation. Mayor Ed Koch ultimately reacted by creating a Theater Advisory Council, which included Papp.

In January 2001, the New York Appellate Division, First Department, upheld the validity of the 1998 Theater Subdistrict zoning regulations, which permit the sale of air rights from the Broadway theaters to sites in the Theater Subdistrict, “between 40th and 57th Streets and Sixth and Eighth Avenues”. The New York City Department of City Planning press release stated: “The concentration of over 40 Broadway theaters makes the Theater District one of the most well-known areas in the world.”

The New York City Zoning Resolution for special purpose districts, as amended on April 30, 2012, contains special regulations for the Theater Subdistrict, including the transfer of development rights, incentives for the rehabilitation of existing theaters, the creation of a theater council to promote theaters, and zoning and signage for theaters, and contains a list of theaters that qualify for special provisions in the regulations.